My name is Nick Bea, I studied at the Sorbonne and the Ecole Normale Supérieure. A Buddhist all of my life and a Zen practitioner since the 90s. I discovered the Kyoto School through my reading of Heidegger, with whom Nishitani studied, and was deeply impressed by his Religion and Nothingness. I then turned to Nishida as the pioneer thinker who had launched the school. Currently living in the UK. 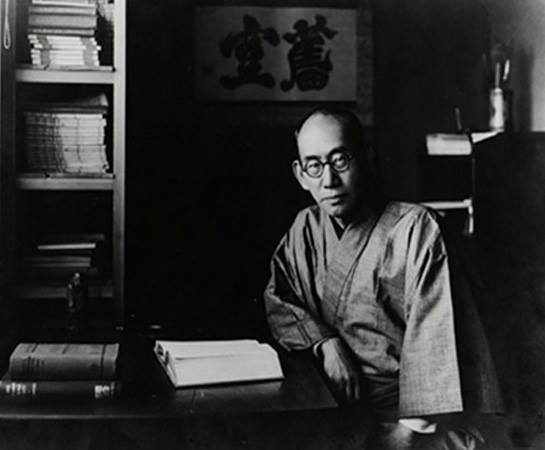 Soon after Nishida Kitaro’s appointment at Kyoto Imperial University in 1913, a regular circle of students began to meet with the new professor, often at his house, for passionate discussions. Out of this circle, a number of gifted and like-minded philosophers emerged to form what came to be known as the Kyoto School of Philosophy. Though their works, now covering three generations, are diverse, they have followed in Nishida’s footsteps in so far as they have used the language of Western philosophy to reformulate the insights at the core of the Eastern apprehension of reality: in other words, they have all given a central place to nothingness.

It can safely be said that outside the academic world, very few are those who have even heard of the Kyoto School. It is my belief that this is a great loss, as history provided these philosophers with the unique privilege of combining within their cultural make-up the Eastern understanding of reality as actual experience in the here and now – what came to be referred as “the standpoint of emptiness” – and the ability to use the rational and objective language of Western philosophy, which could be said to be that of the standpoint of ego-centredness and that of being. Nishida’s point was not, however, a simple comparison of the Eastern and Western views of reality. His thought is, rather, an in-depth inquiry showing how the two standpoints can be integrated within a broader understanding of reality.

There is no denying that we have reached a turning point in history: the ego-centred games on which Western democracies are based cannot provide lifestyles respectful of the planet. Most of those who are trying to transcend ego-centredness are in fact regressing to a sort of pre-egoic state where one actually abdicates responsibility in favour of an authoritarian figure. This is a dangerous confusion of pre-egoic with trans-egoic. As cognitive science also asserts, the world we see is not outside us. It is “created” by the processes of our consciousness. Therefore, to overcome the problems we take to be in the “outside” world, we need to alter our view of the world, through an inner transformation whereby, as we empty the self and allow empathy to arise, we will spontaneously act ethically while accessing genuine subjectivity, that which can be truly called a trans-egoic activity.

For these reasons, and others, I believe that there is a lot Nishida and the Kyoto School can help us to understand, and this is the reason behind this website, which though imperfect, is a sincere attempt at offering an introduction in the hope that this will encourage further reading.

Three introductory texts  are followed by a more detailed presentation of Nishida’s thought and short presentations on two other members of the School, Nishitani and Ueda.

A Different Kind of Philosophy